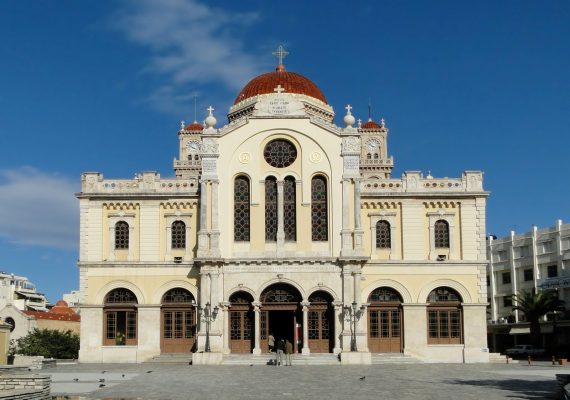 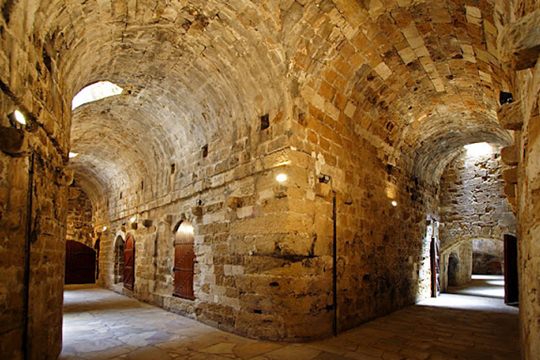 Our tour starts with a visit to the city of Heraklion.

Heraklion is the largest city and the administrative capital of the island of Crete. It is one of the largest cities in Greece .The Venetians improved on the ditch of the city by

building enormous fortifications, most of which are still in place, including a giant wall, in places up to 40 m thick, with 7 bastions, and the famous  fortress of Koule Chandax which was renamed Candia and became the seat of the Duke of Candia, and the Venetian administrative district of Crete became known as “regno di Candia”. Main sightseeing’s of the tour: the Lion’s square, the Venetian Loggia, and the Cathedral of St Minas, the Church of St. Titus and the 25th August street, which links the Marina and the Castle of Koules with the heart of the city and a main open air market.